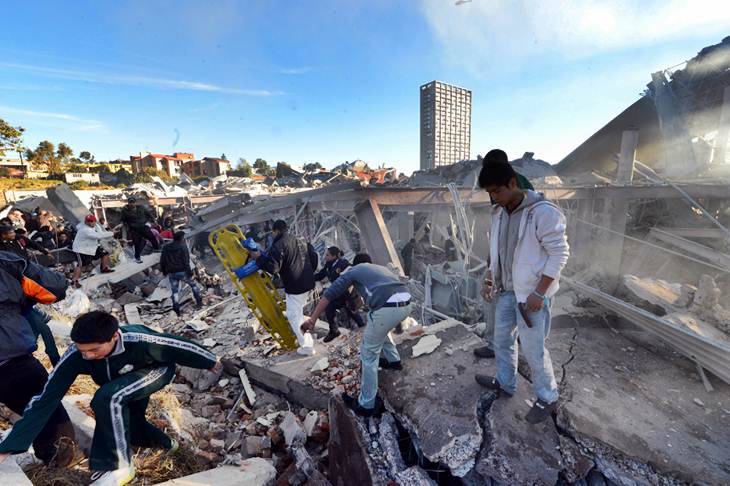 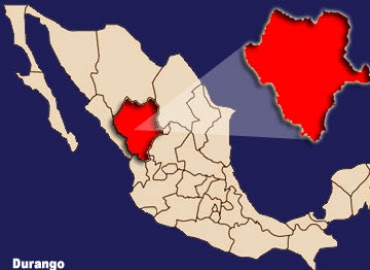 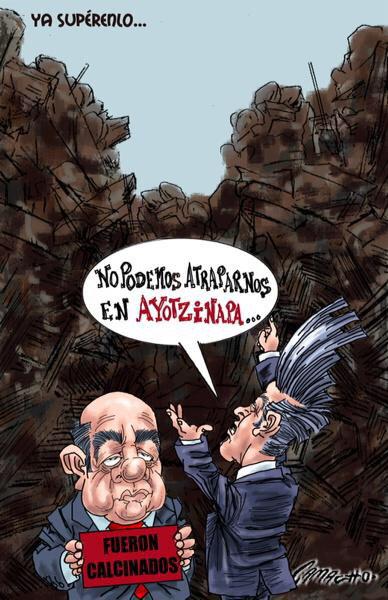 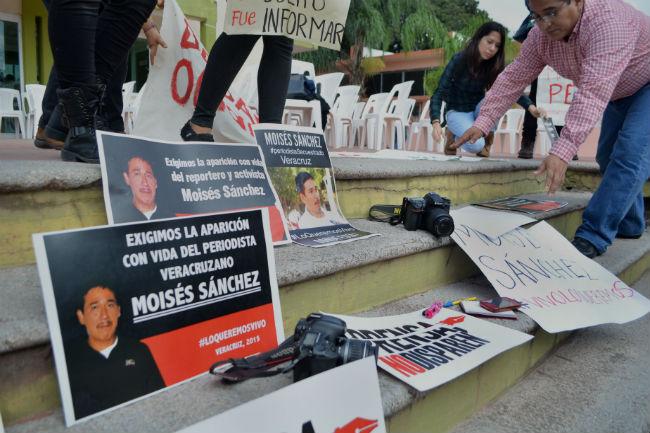 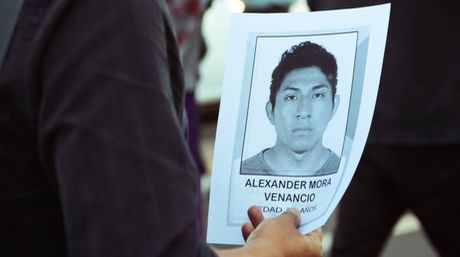 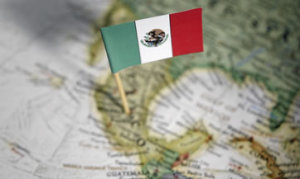 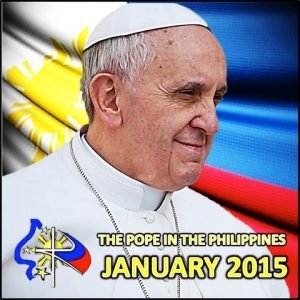 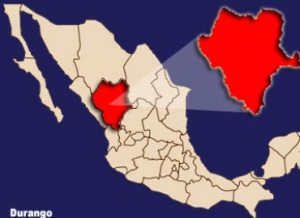 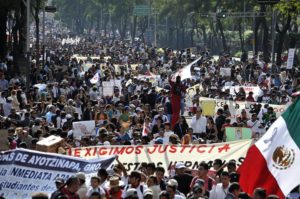 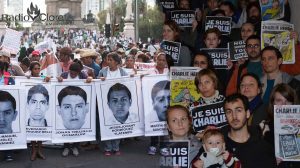 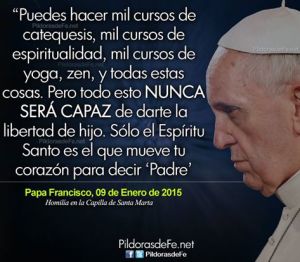 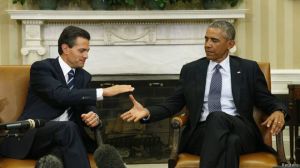 The New Year is full of hope and new beginnings. The past year had its share of challenges, but there were also many celebrations, as this newsletter highlights. For the coming year, I am hopeful that many of the pastoral initiatives started in the province will continue to bear fruit. We have responded to the crises of immigrant children arriving at our border by cooperating with the local dioceses in carrying out a pastoral outreach to these children. Together with many other groups, we want the children to know that they are not forgotten. I am very proud of our missionaries and lay collaborators who have organized such outreach projects in their own ministries. Our own Hispanic Ministry Resource Center here in Chicago also organized special care packages for many of these children, and we are working together with others to see what more we might do. Also new this year is the creation of Radio Claret America, our internet radio station, now broadcasting 24/7 the message of the gospel through music, interviews, reflections, and all the social media options available to us. Be sure to listen in when you can at https://radioclaretamerica.com. I know that each of our places is doing some wonderful work in the areas of religious education, liturgical celebrations, and social outreach to those in need. I have been especially pleased to see the work being done with basic education, language, and citizenship classes. Our pastoral work must respond to the needs of the whole person. One of the challenges we face is the growing number of former Catholics who follow the way of the dominant culture in distancing themselves from organized religion. Still, there continues to be a spiritual hunger. The sense of wonder and awe that comes upon us as we look at the night sky or witness the birth of an infant calls us all to deeper reflection. The hunger for meaning when we must endure a particularly difficult moment in our lives continues to challenge us all. As people of faith, we find some comfort in the belief that our lives do have meaning and that all of creation responds to a divine call to growth, development, death, and rebirth. Even a delicate flower that blooms and lasts but a few hours gives glory in its short existence, and its beauty is not lost to the Creator. All living creatures give glory and praise to God just by being who they are. Only human beings can choose how to live their lives, however long or short they might be. God invites us to choose life; Christ shows us the way and tells us to carry his message to all the world. We must ask him to help us find the right parables, the right actions, and the best way to share his message of hope, meaning, and purpose with all people today. I ask our members to continue to share with us for future newsletters some of their efforts in reaching out to those in search of something more. We may make many mistakes along the way, but we should never stop trying; the love of Christ impels us. 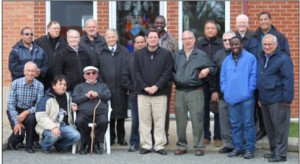 The main objective of this assembly was to discuss with our recently integrated members from Canada the initial plan for our Claretian ministries in Canada and how to best incorporate and adapt current Claretian policies and procedures. The proposed mission and vision statements and strategies to best deal with the challenges facing our ministry in Canada were discussed as well. These challenges include: • vocation ministry among the various language groups • strengthening Claretian community life • ministry to the French/English and Spanish-speaking populations in Canada • working more effectively as a team in ministry with other Claretians and lay people Much was discussed, and all had the opportunity to voice their opinions and concerns regarding their ministries and the challenges they are facing while also sharing their positive experiences and stories of hope. Fr. Rosendo, the council, and our members in Canada all left the assembly with a feeling of great optimism for the future of our Claretian mission in Canada.     Fr. Gabriel Ruiz, cmf, Celebrates 25 Years as a Missionary Priest On September 21, 1989, at the San Gabriel Mission, Fr. Gabriel Ruiz, cmf, was reminded of his missionary commitment by these words, “You are a Son of the Heart of Mary.” After his ordination, Fr. Gabriel was assigned to St. John’s Parish in San Marcos, Texas. When there was a need for a missionary in Cuidad Juarez, Mexico, he quickly made himself available and enjoyed working in the parish as well as many new missions throughout the western part of the city. Then seven years ago, he was asked to return to St. Anthony Claret in Fresno. This parish community has always been a special place for Fr. Gabriel as he did his pastoral year there in 1988. Returning there proved to be a positive and grace-filled challenge. On September 21, 2014, at the afternoon parish Mass, Fr. Gabriel was joined by Claretians from southern California, as well as priests from the Diocese of Fresno, to celebrate his 25th anniversary as a missionary priest. The parishioners gave a wonderful parish pot-luck dinner in the parish garden where all could share in a meal. Some of Fr. Gabriel’s family from California and Mexico attended, which made this day especially festive.

Fr. Bernard “Bernie” O’Connor, cmf In Memoriam O’Connor, cmf, was born on February 19, 1925, in Chicago. He made his first profession of vows as a Claretian on July 16, 1943, at Silver Peak Novitiate in Walnut, California. On July 16, 1946, he made his perpetual profession of vows, and after completing his studies in philosophy and receiving a licentiate degree in theology from Dominguez Seminary in 1949, he then moved on to Catholic University in Washington, D.C., to complete an licentiate in sacred theology. On August 15, 1950, Fr. Bernie was ordained to the priesthood at Dominguez Seminary in Compton, California. Immediately after ordination he was sent to Rome for further studies at the Lateran University where he would earn a licentiate in canon law. Fr. Bernie was engaged in serving the people of God and the Claretian Congregation in many ways. After returning from Rome in 1952, he was involved with the Claretian formation programs at Dominguez Seminary and at Claretville Seminary in Calabasas, California. Later in his ministry he became Director of Seminarians at the AVE Center in San Francisco. After teaching for a year at San Gabriel Mission, Fr. Bernie embarked on parish and administrative work for the next 50 years. He served as pastor or associate pastor in numerous parishes in Arizona, California, Colorado, and Texas. During his tenure as Provincial Superior of the former Western Province of the U.S. (1971–83), he was instrumental in establishing social concern programs in the Congregation and initiating team ministry in our current parishes. He attended the General Chapters in Rome and represented the U.S. at many Claretian assemblies throughout the Congregation. In the 1990s, Fr. Bernie was sensitive to the need for outreach ministry and initiated Welcome Home programs in the parishes he served, notably at Saint Monica’s in Santa Monica, California. In these programs, Fr. Bernie and a parish team invited people to reflect on their spiritual lives and to once again return to their community of faith and become strong witnesses to the gospel of Jesus Christ. In 2006, after many years of active ministry, Fr. Bernie retired to Casa Claret at Dominguez Seminary. During his last eight years of his life he made himself available to the community and other members of the province. His sense of humor and positive attitude were truly a blessing for those who spent time with him. Fr. Bernie was called to his eternal reward on Wednesday, November 5th, 2014, at the age of 89. 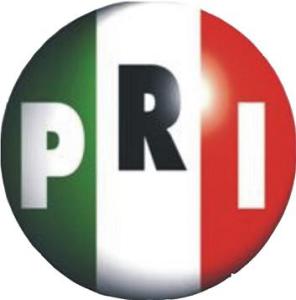 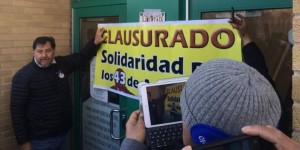